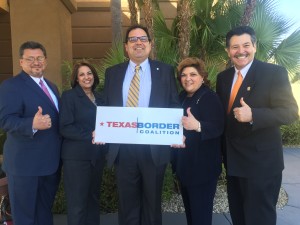 “Some economists argue Asia will be the dominant economic power of the 21st Century. But, the Texas Border Coalition believes it does not have to be that way. In a new 20-page policy paper, the group makes the case for North America. And, it says, the Texas-Mexico border region can play a key role. We suggest the world is entering a North American Century during which the United States, Canada and Mexico can harness their mutually reinforcing natural resources, energy and political stability to win the economic competition with Asia and Europe,” says TBC Chairman J.D. Salinas, in an Introduction to the policy paper.” (Rio Grande Guardian, 2016)