In the wake of the Brexit vote by the United Kingdom to leave the European Union, the three countries comprising the North American Free Trade Agreement face a choice: Either they can mimic the United Kingdom and turn inward, limiting economic progress and growth, or they can seize the opportunity to enable greater growth by making trade more efficient — without succumbing to the economic drag fostered by the European Union’s bureaucracy. CLICK HERE to READ MORE 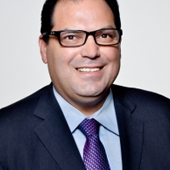